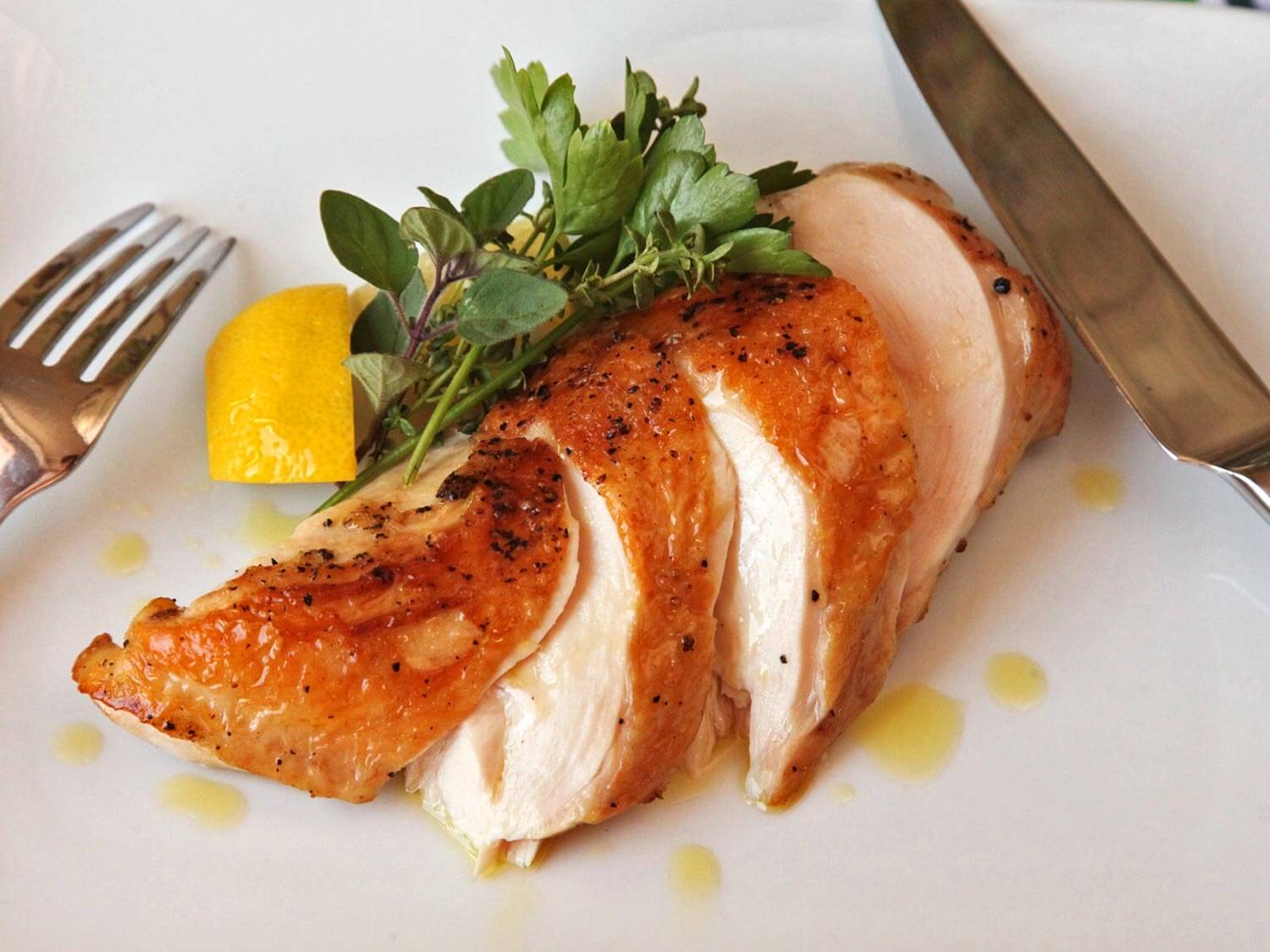 Due to the repetition of many of the elements in the core cookery units we have combined eight (8) units of competency into an 11 chapter learner guide. The units included in this volume are;

In this chapter / unit you will learn how to;

While poultry is one of the most popular dishes – used in many restaurants all over the world – it is also a meat product that is more likely to cause food poisoning, if not handled correctly, than any other meat product. Following food hygiene regulations is, therefore, essential when dealing with all meat products, but most especially poultry.

When prepared correctly, poultry can provide an almost endless array of culinary treats.

About Poultry and Game

Originally poultry was considered to be a treat or a delicacy; not often eaten (or only eaten on special occasions) and the main method of preparation was roasting. Birds were often kept in the back yard and killed and plucked by the owner. As poultry farming practices improved the number of poultry farms increased and, as meat hygiene legislation changed, more poultry became available at the butchers, at much cheaper prices. A trend away from red meats also increased poultry consumption; supermarkets saw an opportunity and took it. This made poultry available to everyone at prices they could afford. So it became a large part of the shopping budget. With the influence of other cultures methods of cooking poultry and the range of dishes in which it could be used increased. Restaurants and fast food outlets utilised chicken in a variety of ways to also make it accessible.

Then, too, according to nutritionists, a baked chicken drumstick with the skin removed has less fat than the same portion of sirloin steak, beef tenderloin, pork chop or salmon. Consider these nutrition facts about chicken:

The term poultry describes all types of domesticated birds kept for breeding which include:

Poultry and game bird dishes can either be classical or contemporary and are based on a variety of ethnic and cultural origins.

Chicken is the most common meat used in many restaurants. It is low in fat, relatively low in cost, versatile and its mild flavour means that chicken cuts can be used in a wide range of recipes.

Turkey is low in fat, relatively low in cost and although has a distinct flavour is also a versatile product.

Duck and goose are slightly richer, darker and contain more fat. Pheasant, quail, pigeon, squab, partridge and guinea fowl have quite distinctive flavours and as they are classed as wild species are often categorised as game birds.

In addition to understanding the different types of poultry available it is also important to understand the various ways in which this product can be sectioned and cut See figure 1 below). Poultry and game bird cuts include (but are not limited to):

For purchase information go back to hospitality unit page